We can learn much with each significant breach. In this book, we go through multiple unique breaches and look at what harm was done. Were assets damaged or taken offline? Was data stolen or ransomed? Was it released or weaponized, offered on the black market or used for internal purposes by the cybercriminals? What methods were used in the attack? What vulnerabilities were exploited? We won’t be dwelling on the technical capabilities of the bad actors or the technical shortcomings of the victims, but in each case, there were controls that could have been in place that might have allowed the victims to mitigate, at least to some extent, the impact of the attack. We’ll look at how these controls are best deployed, how their effectiveness should be measured and how deploying these controls help you create a healthier security posture and at the same time, demonstrate compliance with myriad control regimes.

With boards increasingly asking “can this happen to us” it is essential that operations, information technology, security and audit address any gaps you find as you test yourselves against the same attack scenario. This book is in development now and we hope to release it early in 2021. 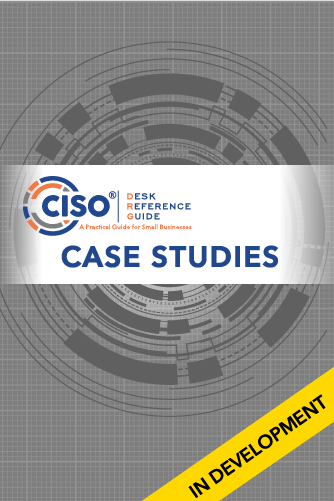 By continuing to browse our site, you agree to the storing of cookies on your device to enhance this site’s navigation and analysis of site usage.

This website uses cookies to improve your experience while you navigate through the website. Out of these cookies, the cookies that are categorized as necessary are stored on your browser as they are essential for the working of basic functionalities of the website. We also use third-party cookies that help us analyze and understand how you use this website. These cookies will be stored in your browser only with your consent. You also have the option to opt-out of these cookies. But opting out of some of these cookies may have an effect on your browsing experience.
Necessary Always Enabled
Necessary cookies are absolutely essential for the website to function properly. This category only includes cookies that ensures basic functionalities and security features of the website. These cookies do not store any personal information.
Non-necessary
Any cookies that may not be particularly necessary for the website to function and is used specifically to collect user personal data via analytics, ads, other embedded contents are termed as non-necessary cookies. It is mandatory to procure user consent prior to running these cookies on your website.
SAVE & ACCEPT